INKA is looking at the possibility of exporting to other African countries, including Nigeria, Sudan, Mozambique and Egypt. It already sells to Bangladesh, the Philippines, Malaysia, Thailand, Singapore and Australia, among others.

“The Nigerian transportation ministry has already visited to check out our trains,” vice president Bambang Kushendarto said Monday as reported by Antara.

INKA, which runs a factory in Madiun, East Java, will also sign an agreement to produce hydraulic diesel locomotives for the Philippines this month.

The company also supplies rolling stocks for the Indonesian market, including the cars for the light rapid transit (LRT) system under construction in Jakarta and several other cities.

President Joko “Jokowi” Widodo has called on Indonesian producers to explore new markets to reduce their dependence on traditional markets such as Asia and Europe. (sha/bbn, The Jakarta Post) 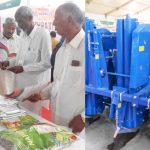