Preserving privacy, anonimity. It was 2013 when Edward Snowden, a then-National Security Agency (NSA) contractor, flew to Hong Kong to meet with journalist Glenn... Preserving privacy, anonimity. It was 2013 when Edward Snowden, a then-National Security Agency (NSA) contractor, flew to Hong Kong to meet with journalist Glenn Greenwald. Snowden disclosed information about the United States government and other countries who put their citizens and people abroad under mass surveillance.

Established in 2016 as a non-profit organization, The Tor Project is free, open-source software operated by servers worldwide. Believing that the network is decentralized, the software protects its users’ anonymity and privacy by relying on the servers run by volunteers in different countries, among them France, the US, Germany and Canada. The Tor Project is said to currently have around 2 million users daily.

“When you’re connected to the Tor network, your connection will be passed in three servers around the world, […] each part of the server only knows a piece [of] information about you,” said Gustavo Gus, a representative of The Tor Project, during a presentation at Tor Users Meet Up at PurpleCode Space in late February in South Jakarta.

When using Tor as your browser to open your social media accounts, for instance, you will be connected to the first server that only knows your location. The first server will then connect you to the second server that passes the traffic to the third server without knowing your location or the website you will be visiting. Meanwhile, the third server only knows that someone is using the Tor network and visiting a certain website. It does not know your identity as well.

Your anonymity and privacy are shielded from other parties, including the government and marketers. It can be used by people who want to protect themselves from identity theft, people who study sensitive topics, people who live in a country that applies internet censorship, journalists who want to build safe communication with their sources and human rights activists.

However, sometimes technology can be a double-edged sword. A number of people use the software to access deep web, a part of the internet that is not included by mainstream search engines.

“The problem with this concept is that there’s no deep web because everything is on the internet and […] you have the search engine giants like Google, Duck Duck Go and Bing. Everything that isn’t included on the search engines is deep web,” said Gus. “So if you have mail in your inbox, it’s the deep web. […] If you have local network to share files and work, it’s part of the deep web. The concept is so vague, so generic.”

Gus added that crime syndicates would still go online even if The Tor Project did not exist, one way of which was by hacking other people’s computers. Hence, it is important to focus more on the humanity side as the software was built to protect human rights and its defenders.

Additionally, he also criticized governments that tended to block websites without educating its citizens. “[…] When the government blocks websites, people try to find new tools to unblock them. It’s how the government loses control of the situation,” said Gus. “They could educate people to use internet in better ways. Basically what they’re doing is promoting the websites.” Preserving privacy, anonimity: The Tor Project (mut,  Ni Nyoman Wira, The Jakarta Post) 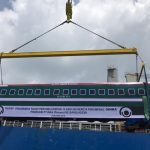