INKA kicks off factory construction in Banyuwangi. State-owned train manufacturing company PT Industri Kereta Api Indonesia (INKA) has kicked off the construction of Indonesia’s largest train factory in Banyuwangi, East Java, whose products are to be exported to a number of countries.

The groundbreaking ceremony for the factory that is to be built on 83 hectares of land at a cost of Rp1.6 trillion (US$112.41 million) was led by Banyuwangi Regent Abdullah Azwar Anas and the secretary to the State-Owned Enterprises Ministry, Imam Apriyanto Putro, on Sunday.

Imam said the factory would produce trains with the latest technology as a result of collaboration between INKA and the Stadler Rail Group, a world-renowned Swiss company that makes railway rolling stock.

“We decide to develop the factory in Banyuwangi because the regency has a port. It will lower the costs,” he said, adding that Banyuwangi was strongly committed to supporting the investment.

The new factory is expected to produce four train cars per day, four times the capacity of INKA’s existing factory in Madiun, which is also in East Java.

Meanwhile, PT INKA president director Budi Noviantoro added that INKA has received many orders, including for 250 train cars from Sri Lanka worth $100 million.

INKA had also exported its products to Bangladesh and the Philippines, he said, adding that INKA planned to expand into the Taiwanese, Australian and African markets.

“We hope that the construction of the Banyuwangi factory could be completed quickly. Our target is to start production in 2020,” Budi added as quoted by kontan.co.id.

INKA plans to recruit 2,000 workers, some of whom would participate in an internship program in Switzerland. INKA, in cooperation with the local government, plans to establish an open training program in state-run Banyuwangi Polytechnics. INKA kicks off factory construction in Banyuwangi (bbn, The Jakarta Post) 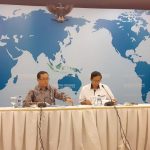