Jakarta’s Office Market to Remain under Pressure in 2021: Colliers Colliers senior associate director of research Ferry Salanto said Wednesday that the office market would face worsening oversupply in 2021 as several office tower projects were set to be completed next year, while demand for new office space still reeled from the COVID-19 outbreak.

According to Colliers data, the office occupancy rate in Jakarta’s central business district (CBD) hovers around 81 percent in this year’s third quarter, lower than 83.7 percent in the entire 2019. More than half of Jakarta’s 10.3 million square meters of office space is located in the CBD.

Colliers expects Jakarta’s CBD occupancy rate to further decline to around 78 percent in 2021, as an estimated 400,000 sq m in new office space is projected to enter the CBD market next year.

“It seems that 2021 will remain a challenging year [for the office property market]. With economic growth projection of below 5 percent according to the World Bank, we can’t expect a jump in demand and the office market will likely not bounce back,” he said during an online press conference.

The World Bank has forecast the economy to grow 3 percent to 4.4 percent next year, in its latest East Asia and Pacific Economic Update published in late September. The Washington, DC-based development bank also projected Indonesia’s economy to contract 1.6 percent this year under the baseline scenario, and 2 percent if the country fails to control the pandemic.

Meanwhile, the government and the House of Representatives have agreed that the economic growth target will be set at 5 percent next year, upon passing the 2021 state budget bill into law in September, which revises its initial estimate of 4.5 to 5.5 percent. They expect economic activity to normalize next year despite the uncertainty surrounding the pandemic.

Furthermore, Colliers data show that the asking rent price for CBD office space has declined 4 percent year-on-year (yoy) during the third quarter, while selling price could go for 15 to 20 percent below the initial offer.

“Companies are curbing expansions and making more effort to increase cost efficiency during the pandemic through the work from home policy, which consequently reduces demand for office space,” Ferry said.

The pandemic has also formed a new trend in office space that focuses on flexibility, such as usin a non-designated office desk – also known as “hot desk” – as companies try to apply physical distancing policies for its employees without expanding office space, Colliers senior director of office services Bagus Adikusumo has said.

Despite companies’ pivoting toward flexible working spaces, Bagus said coworking spaces, which thrive on flexibility, were still facing a hard time due to their locations and aggressive strategy over the last several years.

Unlike in foreign countries where coworking spaces are available in suburban areas to serve as satellite offices for corporations, coworking spaces in Jakarta are primarily located in the CBD and target digital start-ups as their prime consumer.

“Their primary customers are start-up companies, which have either gone bust or shifted their operation entirely from home to cut costs,” Bagus said.

Besides the office property market, the year 2021 will also be a “make-or-break” moment for other property sectors, which could either rebound or continue their decline based on Indonesia’s economic performance.

In the industrial property sector, industrial land sales and leases as of September reached 118.1 hectares, around 33.4 percent of last year’s sales during the period, Colliers data show.

However, the rise of e-commerce could lead to surging demand for warehouses to be used as fulfillment centers in the near future. Digital companies are also forecast to require spaces for data centers, which could be provided by the industrial property sector.

“We are seeing that foreign investors still have a great appetite for Indonesia’s logistics and warehouse building, looking for around 8 to 9 percent yield on their acquisition,” Colliers investment service director Steve Atherton said, adding that there is an estimated US$4 billion investment in data center segment currently underway.

Furthermore, Colliers also expects the industrial property development to move further east toward Subang and Sukabumi in West Java next year, as the development of Patimban seaport would provide access for manufacturers in the near future. The Japan-backed project, which is eyed to be the country’s primary export port, is scheduled for partial operation in December. Jakarta’s office market to remain under pressure in 2021: Colliers (Mardika Parama, The Jakarta Post) 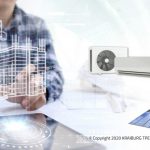