Turkey eyes Indonesian infrastructure projects, new capital development. The Turkish government and businesspeople have expressed their interest in building infrastructure in Indonesia, including for the new capital city to be developed in East Kalimantan.

Turkish Ambassador to Indonesia Mahmut Erol Kilic said only a few dozen Turkish companies were operating in Indonesia despite the latter being the world’s 16th biggest economy and the largest in Southeast Asia.

“Of course, we have more capacity than this, especially in the field of construction, as Turkey had really successful projects in Astana, in Doha and in many other [places],” he said during the Turkey-Indonesia contracting sector business forum, which was held online on Tuesday. “We are eager to enter the Indonesian market.”

Indonesia has been extensively developing infrastructure in the last five years to help support its economic growth. Public Works and Housing Ministry data show that the government has built 1,500 kilometers of new toll roads, 3,867 km of other roads, 58,346 meters of new bridges and 61 water reservoirs during the period of 2015 to 2019.

Indonesia currently has 223 key national projects worth around Rp4.2 quadrillion (US$295.25 billion) on its priority list, ranging from seaports and airports to special economic zones and priority tourist destinations. Recently, the government announced a plan to add another 89 projects to the list for the next five years.

It also plans to move its capital city from Jakarta to North Penajam Paser in East Kalimantan, with construction to begin in 2021 and estimated to cost Rp466 trillion.

Indonesia’s infrastructure development has captivated Turkish contractors as they are eager to expand their market in Asia after being involved in many projects in Eurasia and the Middle East.

“We would like to diversify our market; we would like to find new markets, and we are more focused on Indonesia and the Philippines” Turkish Trade Minister Ruhsar Pekcan said in the same event.

Turkish Contractor Association (TCA) data show that South Asia and Far East countries contributed only 3 percent to the more than 10,000 projects worth $403 billion in 127 countries that the association’s members have had from 1972 up until May.

“We hope our contractors can take part in [more Indonesian projects], especially with regard to moving the capital city. Our engineers and constructing companies are very much willing to take part in such projects,” said Pekcan.

Public Works and Housing Minister Basuki Hadimuldjono encouraged both countries to have follow-up working groups to talk further about possible cooperation, such as on the trans-Sumatra toll road and water dam projects.

“This is the opportunity for Turkish contractors to come and participate in constructing the toll road, either as contractors or as investors through public-private partnerships,” said Basuki.

Indonesian Ambassador to Turkey Lalu Muhammad Iqbal said it was the right moment to tighten bilateral ties as the Indonesia-Turkey trade volume was quite small at only $1.6 billion in 2019. 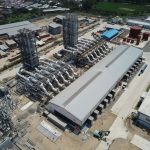