PLN, the plants’ operator, is slated to buy the gas at US$6.09 per million British thermal unit (mmbtu), cheaper than what the company is currently paying at $8.21 per mmbtu.

“Buyers should also increase gas consumption with the lower prices,” said Dwi Soetjipto, head of SKK Migas, an agency that often speaks on behalf of oil and gas producers in Indonesia.

With Friday’s deals, PLN has secured 213.73 billion British thermal units per day (bbtud) worth of cheap gas, which is 15.4 percent of the total receivable as stipulated by Energy and Mineral Resources (ESDM) ministerial decree (Kepmen) No. 91K/2020.

The Energy Ministry expects the incentive to save state coffers around Rp 20 trillion ($1.4 billion) in electricity and fertilizer subsidies each year between 2020 and 2024, which is the incentive’s lifespan.

Fertilizer producers, an equally heavy consumer of natural gas, are also slated to receive the cheap gas this year, but through a different ministerial decree. 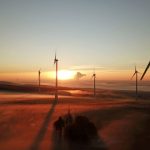