“If our end user is interested, we will get [the combat vehicles] from Pindad and other [Indonesian] industries,” the department’s undersecretary for finance and material, Raymundo Elefante Elefante, said during a visit to Pindad’s factory in Bandung, West Java, on Friday.

The visit was a follow-up to a memorandum of understanding (MoU) between the two countries on logistics and the defense industry.

The undersecretary expressed particular interest in Pindad’s armored personnel carriers (APC), such as the Anoa and Komodo, as well as in the Harimau medium battle tank recently developed by the weapons manufacturer.

Elefante, however, admitted that the 30-ton medium tank might not be suitable for the country. “Our bridges can’t hold vehicles of such weight.”

He went on to say that other vehicles manufactured by Pindad had the potential to complement the country’s defense systems.

Pindad president director Abraham Mose said the Philippine representatives could observe the production process at the factory directly, thanks to the MoU.

“We have a deal with the Indonesian government to buy military equipment we’ll use, while at the same time, we will work to develop our defense industry with other suppliers from Indonesia,” Elefante said.

“We will seize every opportunity. Hopefully, such an MoU for logistics and defense cooperation can support Indonesia’s defense industries to export their products, especially to the Philippines,” said Bondan. Philippines eyes Indonesia-made combat vehicles (Arya Dipa, dpk, The Jakarta Post) 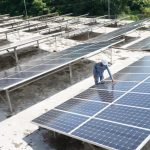