The company’s managing partner, David Gowdey, said Jungle Ventures was looking for two Indonesian start-ups to invest in during the company’s next fund-gathering round.

“We usually provide Series A and Series B funding, but we are also open to pre-series A and pre-series C funding too if necessary. I’ve noticed that Indonesian markets have gone through rapid changes during the las three to five years. There are many start-ups that were built to solve problems in the country. Jungle wants to fund quality start-ups; doesn’t matter where they’re from,” said Gowdey in Jakarta on Nov. 1.

Gowdey also mentioned that jungle had distributed 30 percent of its funds to Indian start-ups, which heavily consisted of Series A and Series B funds. He said most of the Indian start-ups planned to use the funds to expand their business operations to Southeast Asia.

The remaining 70 percent of its funds are almost evenly distributed between Southeast Asian countries. In total, Jungle has invested in 32 start-ups in Southeast Asia and India.

“Seven of our early-stage investments from our second fund gathering in 2016, Jungle Ventures II, have grown to over US$2 billion in portfolio valuation, which is more than tenfold in a span o three to four years. We invested the funds from our second round to 10 to 15 early-stage enterprises, opting to focus on large investments in a small number of quality-proven start-ups instead of distributing small amounts to a large amount,” said Jungle Ventures co-founder and managing partner Anurag Srivastava in a press release made available to The Jakarta Post on Friday.

Since announcing its first fund gathering in 2012, Jungle has been one of the earliest venture capitalists to focus its investment in Southeast Asia, where smartphone adoption has exploded.

“The region is currently a host of a relatively homogenous market of more than 250 million cyber-sophisticated young people. Also, Jungle has observed the swift in market trends to digital technology and we plan to invest in start-ups that we think possess the potential to become market leaders in digital technology,” said Jungle Ventures co-founder and managing partner Amit Anand in the press release on Friday. Singaporean venture capital firm to invest in two Indonesian tech start-ups (bry, The Jakarta Post) 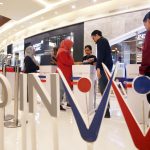