Indonesian consumers remained pessimistic in July and August as the coronavirus-induced layoffs earlier this year eroded people’s confidence in the economy, according to a consumer confidence index (IKK) survey by BI.

“Consumer confidence improved slightly in August amid rising confidence about income, job availability and purchase of durable goods,” the central bank said in the survey.  “Consumer perspective on income and job availability continued to improve compared to the previous six months, in line with rising economic activity after large-scale social restrictions [PSBB].”

The index improved to 86.9 in August from 86.2 in July. An IKK value above 100 reflects general hopefulness, while a value below 100 signifies pessimism.

As Indonesian consumer perspectives rose in July and August compared to the slump in the second quarter, there were improvements in purchases of food, beverages and tobacco in July, according to the survey of around 700 retailers across 10 major cities.

Indonesia’s economy shrank 5.32 percent in the second quarter as all components of economic activity fell for the first time since the 1998 Asian financial crisis amid PSBB implemented by regional administrations to curb the virus spread, forcing people to stay at home.

The government has been campaigning heavily for the “new normal”, asking people to wear masks and wash their hands regularly, among other measures, to save the economy, which is expected to contract 1.1 percent this year or grow just 0.2 percent. It has allocated Rp695.2 trillion (US$46.94 billion) stimulus to boost the economy despite slow disbursement progress.

“The indicators show that Indonesia’s economy has yet to recover significantly and could potentially shrink again in the third quarter,” Bank Permata economist Josua Pardede told The Jakarta Post.

The government, he went on to say, should focus on controlling the coronavirus pandemic and “try to flatten the COVID-19 curve” to increase confidence among the public, particularly the middle- and upper-income class, which contributed to 80 percent of domestic consumption.

“We expect people’s purchasing power to remain weak if disbursement of the government’s social protection program continues at the current pace,” he told the Post, adding that expediting government spending would be key to prevent a more severe economic contraction.

He expects the economy to shrink by around 2 to 2.5 percent in the third quarter, worse than previously expected, as domestic consumption could not recover strongly as the coronavirus pandemic looms. The government, meanwhile, predicts the economy to shrink 2 percent at worst or post flat growth at best in the third quarter, expecting full-year contraction of 1.1 percent at worst this year. Indonesia’s retail sales, consumer survey point to bleak economic recovery (Adrian Wail Akhlas, The Jakarta Post) 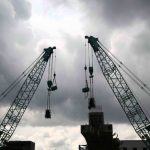