Hundreds of Investors to Attend Regional Investment Forum . The Investment Coordinating Board (BKPM) will invite at least 550 investors to attend... Hundreds of Investors to Attend Regional Investment Forum . The Investment Coordinating Board (BKPM) will invite at least 550 investors to attend a regional investment forum on the tourism sector to be held in Yogyakarta on March 14.

BKPM chairman Thomas “Tom” Trikasih Lembong said the forum was intended to boost investment in tourism, especially in Yogyakarta, as the sector was promising and created multiplier effects, which could reach the grass root level of society.

“The theme of this year’s meeting is economic connectivity, in which investments have to be aligned with globalization and an integrated global supply chain,” he told reporters in Jakarta on Tuesday.

Investment realization in the tourism sector reached 20 percent based on a compound annual growth rate between 2013 and 2017, BKPM’s data showed. Meanwhile, realization in 2017 alone grew by 31 percent year-on-year (yoy), according to the data. Hundreds of Investors to Attend Regional Investment Forum

A day prior to the event, the BKPM will hold a national meeting on investment planning and implementation, which will be attended by 850 stakeholders from central and local governments. 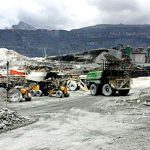 Indonesia Collects US$756m in State Revenue from Freeport in 2017