“PLN directors earn 30 times the salary of a minister […] but why do they work slower?” he said at the opening of the PLN-sponsored National Electricity Day convention in Jakarta on Wednesday.

He said the government had targeted electricity consumption to reach 1.2 Gigawatt hours (GWh) per capita this year, up 13.2 percent from 1.06 GWh last year, yet PLN was not as enthusiastic as the energy ministry and the Transportation Ministry about electric cars, even though PLN sales would greatly benefit from higher electricity consumption.

Promoting the use of electric cars, motorcycles and stoves over their more popular fossil fuel counterparts is Indonesia’s chief strategy to boost electricity consumption.

Minister Jonan also urged PLN to pay for the installation of 75,000 electrical connection packages, which cost Rp700,000 (US$49.4) each, to hook 700,000 unconnected Indonesian households up to the national electric grid and, thus, boost the company’s sales.

PLN has already paid for 40,000 such packages, which includes a circuit breaker, socket and switch, while the government and other enterprises covered the remaining 585,000 packages.

Connecting the 700,000 households is seen as crucial to reach this year’s target of an electrification rate of 99 percent, up from 98.83 percent in September. 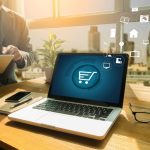 How Can Data Analytics Benefit Customers in Era of e-Commerce 4.0?