To secure rice stocks in villages, the Food Security Agency (BKP) aims to develop 5,000 food barns in the remainder of the year, said Agung Hendriadi, the head of the agency. The government has developed around 5,000 food barns so far.

“We hope that during harvest season, farmers and farmer groups will be able to store their crops and take them beyond the harvest season,” Agung said in a virtual discussion on Friday.

“This is especially important during the COVID-19 pandemic when there are difficulties with importing, so we need to have our own stocks this way.”

The plan comes at a time when the government is trying to secure food stocks amid the coronavirus outbreak, which has disrupted logistics and led to price increases earlier this year.

The Agriculture Ministry is expecting to see a surplus of 7.6 million tons of rice stock in December as production and stocks are expected to reach 17.6 million tons in total while consumption will stand at almost 10 million tons.

But rice production had been falling even before the pandemic. As a result, in the first half of the year, rice production was estimated to reach 16.1 million tons, lower by 13.2 percent than the same period in 2019, according to a report released in April by the World Food Programme (WFP).

With rice serving as a staple for most families, the government is very eager to be self-sufficient in terms of supply.

“My target is developing [the food barns] in 33,000 villages. If every village has 30 tons, we will have [about] 1 million tons [of rice] in people’s food barns. That should be very secure for their needs outside the harvest season,” Agung said.

The government is also developing a food estate project for food crops, like rice, on 164,000 hectares in North Kalimantan. While experts warn of a possible failure, the government estimated rice production to reach 7 tons per ha.

State-owned agriculture company PT Sang Hyang Seri and Jakarta-owned PT Food Station Tjipinang Jaya are expected to also contribute 6,360 tons of rice to the stockpile, according to Musdhalifah Machmud, the deputy of coordination for food and agribusiness at the Office of the Coordinating Economic Minister.

Both companies are collaborating to develop 2,000 ha of land to produce the rice in the October-December period.

“This is an [example of great synergy] between state-owned and province-owned enterprises,” said Musdhalifah.

“We already have an estimate of the gains from the October-December harvest period.”

Although the government has taken steps to secure stocks of the country’s staple food commodities, Indonesia still faces food security challenges related to an increase in population, a lack of high school or university-educated farmers and too many farmer households with small plots of land, Musdhalifah added.

In 2018, some 15.8 million or 59 percent of farmer households owned less than half a ha of land, according to Musdhalifah, quoting a survey by Statistics Indonesia (BPS). Govt to develop food barns, facilitate collaboration to secure rice stocks (Dzulfiqar Fathur Rahman,  The Jakarta Post) 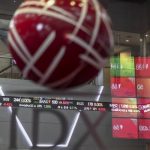