Energy ministry rejects miners’ request for relaxation on coal royalties. The Energy and Mineral Resources Ministry has expressed its opposition to granting... The ministry’s director for non-tax state revenue of coal and minerals, Johnson Pakpahan, said on Friday that such relaxations would “disrupt government cash flows” at a time when Indonesia planned to disburse billions of dollars in economic recovery schemes and COVID-19 relief programs.

“If we were to grant a relaxation, it would further burden our economy,” Johnson said during an online discussion.

This year’s expected mining industry revenue is already 21 percent lower than last year’s as a result of falling commodity prices, he said, adding that revenue collection, however, was still on track at 41 percent of the expected Rp35.93 trillion (US$2.56 billion) as of Friday.

However, Indonesian coal miners began demanding a royalty relaxation in May after it became clear that global coal demand and prices would slump to record lows this year as electricity companies, the largest buyers of coal, cut production amid partial lockdowns in several regions across the archipelago.

Indonesia’s benchmark coal price (HBA) hit $52.98 per ton in June, the lowest since July 2016, ministry data shows. As of Friday, the energy ministry expects coal prices to average between $59 and $61 this year.

“Some differences are as high as $5 per ton,” Indonesian Coal Mining Association (APBI) executive director Hendra Sinadia said on May 29, adding that such royalties burdened many miners’ cash flows and finances.

“These prices would be hard to verify and thus, projecting state revenue will be difficult,” she said, reiterating the explanation provided by Johnson.

Furthermore, the benchmark sales price is adjusted every month to changes in international coal prices, said Enny Sri Hartati, executive director of the Institute for Development of Economics and Finance (Indef), also one of Friday’s speakers.

“The government does not set HPBs on a whim. There are guidelines,” she added. Energy ministry rejects miners’ request for relaxation on coal royalties (Norman Harsono, The Jakarta Post) 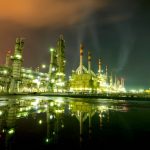