State-owned tin miner PT Timah aims to increase its capital expenditure (capex) by 240 percent to Rp2.65 trillion (US$192.3 million) this year to execute its plan to increase its tin production and diversify its business.

Timah will use about 37.5 percent of this year’s capex to boost the capacity of its mining and production facilities. It will spend another 21.6 percent for replacement and refurbishment, while utilizing the other 15.9 percent for investment in its subsidiaries.

The remainder will be poured into business development and other operational needs.

Indonesia’s top tin miner has targeted to push up its tin ore production by 13.86 percent year-on-year to 35,500 tons this year. When realized, the growth will be slower compared to 29.25 percent to 31,178 tons it recorded last year.

“Throughout 2017, Timah booked a 12 percent rise in tin sales volume to 29,914 tons. We hope to be able to maintain our positive performance in 2018,” Timah corporate secretary Amin Haris Sugiarto said recently.

On March 1, Timah established a new grand subsidiary called PT TIM Nikel Sejahtera, which is expected to start running a nickel business, particularly in mining and exports, in the second half of this year.

Meanwhile, its net profit even skyrocketed by 99.5 percent on a yearly basis to Rp 502.4 billion. Tin Miner PT Timah to Boost Capex by 240 percent in 2018 (lnd, Viriya P. Singgih, The Jakarta Post) 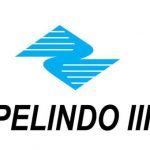