Timboel Said. RI Workers can Stay up to Five Years in Japan On Tuesday, Manpower Minister Hanif Dhakiri signed a memorandum of cooperation (MoC) with Japanese Ambassador Masafumi Ishii on the “specified skilled workers” scheme. Through the framework, Indonesians working in 14 designated sectors—from care workers to the aviation industry — can stay up to five years under the “specified skilled workers” category, given they meet adequate language level and skill standards.

“Japan has an ageing population while we have a demographic dividend. So this partnership will greatly benefit both countries,” Hanif explained on the sidelines of the MoC signing event.

Ishii said Japan had also talked with other countries but Indonesia was its top priority. “That is because of the great potential of Indonesian workers and the country’s steady economic growth,” he said.

Within the next five years, he said the ministry would aim to fill at least 20 percent or 70,000 people out of the nearly 350,000 foreign workers quota that the Japanese government had set in the latest revision of its immigration law.

To achieve the target, the minister said he would adjust curriculums at skills training centers across Indonesia to meet Japanese standards. He will also push both current and former Indonesians who had interned in Japan to participate in the program as they already have the necessary language skills and job competency.

Still, Hanif expressed high hopes that the private sector would join hands with the ministry to supply competitive individuals in the national workforce, whether it is through skills training or language courses.

According to the agreement, potential candidates need to register their job placements online. The ministry’s director general of manpower placement and job opportunity expansion development, Maruli Apul Hasoloan, said the ministry was currently developing the application system and data collection mechanisms together with the Japanese embassy, but had yet to divulge the exact date of their releases.

Nevertheless, Maruli claimed Japanese corporations were eager to employ Indonesian among other foreign workers as they deemed Indonesians to be “courteous and hard-working” after receiving 329 prospective nurses and caregivers last year.

The deployment is a part of an Economic Partnership Agreement signed by Indonesia and Japan in 2008.

His statements contrasted with recent findings published by Japanese pollster Nikkei Research for Reuters, which showed that only one in four Japanese companies were planning to actively employ foreign workers under Japan’s new government immigration program.

Furthermore, the survey showed that about 41 percent of firms refused to hire non-Japanese people, 34 of them were interested to hire a small number of foreign workers, while only 26 others were fully on board with the plan. However, the majority of the businesses did not plan on supporting workers in securing housing, learning Japanese language skills or getting information on living in Japan, the survey showed.

The poll also revealed that a lack of language ability, cultural gaps, training expenses, skill mismatches and the worker’s temporary status had discouraged corporations from hiring migrant workers, including Indonesians.

One such shortcoming was reflected in the Japanese Embassy’s data, which revealed that only 551 out of 2,116 prospective Indonesian nurses and caregivers had passed Japan’s national tests to work in the country.

Indonesian Workers Organization (OPSI) secretary-general Timboel Siregar argued that the step was nonetheless essential to further suppress Indonesia’s open unemployment rate, which had slightly dropped to 5.01 percent in February this year from 5.13 percent in the same month last year, according to Statistics Indonesia (BPS).

But he said the government should be attentive of their citizen’s presence abroad and maintain migrant workers’ protection, which had long been haunted by cases of physical, sexual or financial abuse.

He added that migrant workers could potentially give up their citizenship and migrate permanently to Japan due to better living conditions. The government, he said, could anticipate such migration by establishing intense communication with them while ensuring their well-being during their working hours.

“And of course the government should look for new workforce opportunities in other countries whilst preparing its own labor at home through skills training centers that cater to the international labor market,” Timboel said. RI workers can stay up to five years in Japan (Made Anthony Iswara, The Jakarta Post) 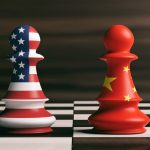 Benefits of US-China Trade War for ASEAN only Temporary: Expert