The forum, to be held from Nov. 17 to Nov. 18, will follow up on the first HUNINDOTECH, held in March 2018 with a focus on information and communication technology and innovation.

The forum attracted more than 200 participants from both countries, Hungarian Ambassador to Indonesia Judit Pach told The Jakarta Post on Thursday.

“Our economic cooperation has been expanding significantly over the past five years as more Hungarian and Indonesian companies have established business and investment relations in technology-driven sectors,” Pach said.

Pach cited as an example Budapest Waterworks, which between 2016 and 2019 installed water treatment plants in 36 areas across Indonesia dealing with water scarcity, providing access to clean water for half a million people. The project, worth an estimated $36.4 million, was partly funded by Hungarian development aid, she said.

Pach attributed these achievements to the strong commitment of the leaders of the two countries to boost economic relations through technology cooperation.

President Joko “Jokowi” Widodo and Orban agreed in Jakarta earlier this year to set up a $500 million joint venture development fund for infrastructure, which would allow more Hungarian companies to provide technology to various sectors.

Pach said that she saw great prospects for Hungarian companies looking to provide technology to Indonesia, especially after the transformation in 2014 of the Hungarian foreign ministry into the Ministry of Foreign Affairs and Trade, as well as the establishment of the Export-Import Promotion Agency and Export-Import Bank under the ministry’s supervision.

“We are in a better position to tap all these opportunities because our staffing resources were doubled in 2016 and the Hungarian Embassy in Jakarta became one of our biggest in the region dedicated especially to trade,” Pach said.

The trade value between Indonesia and Hungary fell 11 percent year-on-year from January to September this year to $110.8 million, according to Trade Ministry data.

After visiting Hungary in 2019, a delegation of Indonesia’s House of Representatives concluded that agricultural commodities such as rubber, palm oil, spices, rattan, coconut and coffee had good market prospects in the landlocked country.

Given Hungary’s strategic location and its membership in the European Union, it was also a good beachhead for Indonesian exporters looking to enter the entire European market virtually, including central and eastern Europe, the lawmakers stated. Indonesia, Hungary to expand technology cooperation through business forum (vin, The Jakarta Post) 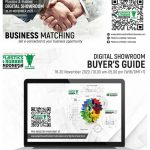