Satria satellite project on track, Thales Indonesia says.  The Satellite of Republic Indonesia (Satria) project, the country’s biggest telecommunication satellite to date, is on track for launch in 2023 despite prior talks of delay because of the COVID-19 pandemic, according to an executive from the project’s manufacturer.

Thales Indonesia president director Erik-Jan Raatgerink said that while the pandemic had delayed the initial kick-off and interfered with communications, the manufacturing was progressing as scheduled.

“Fortunately, we have not faced huge challenges. The program is on track,” he told The Jakarta Post in an exclusive interview on Dec. 10. “The schedule is tight but we are moving full speed ahead to have it delivered in 2023.”

Thales Group subsidiary Thales Alenia Space (TAS) is the aerospace manufacturer for Satria, a public-private partnership (PPP) project with an estimated investment of US$550 million.

Earlier on Nov. 23, Communications and Information Minister Johnny G. Plate stated that the government had forecast a delay in the launch of Satria to the fourth quarter of 2023 from the planned launch in March 2023, due to disruptions caused by the COVID-19 outbreak.

Johnny said at the time that the pandemic had affected Satria’s procurement and production, adding that the disruption was considered a force majeure.

The government has also prepared a plan in case there is even a longer delay in the satellite launch, according to Johnny.

The satellite is envisioned to improve connectivity in the country, providing free internet to 150,000 public facilities, including schools, regional government offices and health facilities.

“Satria is a critical digital infrastructure and it is just the first step in providing broader internet connection in Indonesia. I think the country is at the starting point of having digital satellite-based infrastructure,” Raatgerink said.

The latest Indonesian Internet Providers Association (APJII) survey shows that the country’s internet penetration rate rose to 73.7 percent in 2019 from 64.8 percent in 2018.

Meanwhile, Raatgerink went on to say that while Thales Indonesia had been focused on providing services for defense projects, the company has also been working on the civil market, such as smart airport and smart city projects over the last decade.

Thales is working with state-owned airport operator PT Angkasa Pura I to provide cloud-based infrastructure to optimize airport security, customs and immigration operations, among others, he said. The project will be implemented in the company’s managed airports in Yogyakarta and Bali.

In the future, he added that Thales would also be interested in the Communications and Information Ministry’s national data center project, as well as a PPP program for smart transportation with the Jakarta administration, called Jak Lingko.

According to the Jakarta administration’s website, Jak Lingko is an integrated public transportation system, including in routes, management and payment. It aims to provide ease and flat fares for trips using a combination of transportation modes, including angkot (public minivans), buses and rail systems in Jakarta.

“We’re really keen on doing PPP with Jak Lingko to integrate all e-money systems for various modes of transportation, toll roads and parking. Our local investors are designing a solution for that and we hope we can present to the Jakarta administration in the coming months,” he said. Satria satellite project on track, Thales Indonesia says (Eisya A. Eloksari, The Jakarta Post) 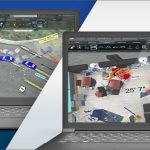