RI takes giant leap forward in $550m ‘Satria’ satellite project. Indonesia has made an important step forward in its Satellite of the... RI takes giant leap forward in $550m ‘Satria’ satellite project. Indonesia has made an important step forward in its Satellite of the Republic of Indonesia (Satria) project, the country’s biggest telecommunication satellite to date valued at US$550 million, with the signing of a preparatory work agreement between an Indonesian consortium and a French-Italian firm on Thursday.

The signing of the agreement on the multifunction satellite project, managed under the Communications and Information Ministry, was between two companies, namely satellite provider PT Satelit Nusantara Tiga, part of the consortium of PT Pasifik Satelit Nusantara (PSN), and French-Italian aerospace manufacturer Thales Alenia Space (TAS). PSN consortium is the lead contractor and operator of the project.

The satellite is envisioned to boost connectivity inclusion in the country, providing free internet connection to 150,000 public facilities, including schools, regional government offices and health facilities.

Satria will have a throughput capacity of 150 billion bits per second (Gbps), three times the capacity of the nine telecommunication satellites that Indonesia currently uses, according to Communications and Information Minister Johnny G. Plate.

“This satellite project is part of the nation’s program to lessen the disparity in internet access and increase the number of internet users,” Johnny told reporters on Thursday, while also mentioning that the project showed the country’s robust investment climate for telecommunication infrastructure even during the pandemic.

The project, which is funded under a public-private partnership (PPP) scheme, is expected to be put into orbit and operate by 2023, the ministry stated.

The Communications and Information Ministry said in June that approximately 12,500 villages in the country had no access to the internet.

Johnny said that there were many investment opportunities in the telecommunication sector, as the country required a satellite capacity of around 900 Gbps by 2030.

The government plans to cooperate with the United States-based Space-X to launch the satellite. It plans to use the so-called availability payment scheme to repay the investors involved in the project in periodic instalments over 15 years.

Availability payment is a fee structure in which a public agency makes periodic payments to the private sector to provide infrastructure services of a specified standard.

The project cost will be funded through a mixture of export credit from France and China at $425 million with equity of $125 million, according to PSN president director Adi Rahman Adiwoso.

Export credits are government financial support, direct financing, guarantees, insurance or interest rate support provided to foreign buyers to assist in the financing of a purchase.

“This payment scheme is a great one, because there are the advantages of low interest rates, longer payback periods and overall great savings,” he said.

Meanwhile, the ministry’s telecommunications and information accessibility agency director Anang Latif said the ministry was optimistic the Satria project could be launched on time with the persistent growth in the telco sector amid the COVID-19 crisis.

The information and communication technology (ICT) sector grew 9.6 percent and 10.88 percent year-on-year (yoy) in the first and second quarters this year, respectively, while the economy contracted 5.32 percent in the second quarter, according to Statistics Indonesia (BPS) data.

“We are on the right track for investment in the ICT sector and to accelerate digitalization,” he said.

Anang went on to say that the satellite would support the Palapa Ring project as satellite transmission could reach rural areas that were yet to be covered by the fiber optic network.

The ministry plans to start building the satellite communication’s ground segment, such as fixed or mobile transmission and reception, in 2022, Anang said.

Indonesia Information Communication Technology Institute executive director Heru Sutadi suggested that the Satria project could be upgraded going forward to meet the country’s internet needs over the next 15 years.

“Because of COVID-19, each household now needs roughly 20 Mbps for seamless video calls and streaming, among other things. Offices definitely need more than that,” he told The Jakarta Post on Friday. “I think our bandwidth needs in 2023 will also increase rapidly, so, it is wise to upgrade Satria’s capacity.”

He added that the government could double Satria’s capacity to 300 Gbps or reduce the internet recipient points to reach the maximum bandwidth need. “Satellite projects are very expensive. We also need to consider the investment needed to build the supporting ground infrastructure,” he said. “The government can surely negotiate to increase Satria’s capacity for no added fee.” RI takes giant leap forward in $550m ‘Satria’ satellite project (Eisya A. Eloksari, The Jakarta Post) 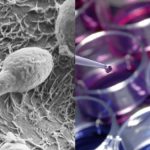