Pompeo praises Indonesia’s reform effort to cut red tape. The United States has praised the Indonesian government’s effort in addressing the issues of regulatory roadblocks, corruption and nontransparency in the business sector as it seeks to strengthen economic ties with the archipelagic country.

“As I say in most every country looking to create wealth for its people, the private sector needs the right incentives before it can jump in,” US Secretary of State Mike Pompeo said during a meeting with Indonesian Foreign Minister Retno LP Marsudi in Jakarta on Thursday.

“Indonesia’s reform agenda is helpful in this regard. We hope you keep taking steps to cut red tape, eliminate corruption and increase transparency.”

Red tape has hindered Indonesia from climbing up the World Bank’s ease of doing business ranking last year. The country has been sitting in 73rd place since 2018. President Joko “Jokowi” Widodo aims to bring the country to the 40th position this year.

The Job Creation Law, which was passed by the House of Representatives on Oct. 5, was part of this effort. It seeks to attract foreign investment by revising 79 laws and more than 1,200 articles seen as regulatory red tape for businesses.

Pompeo’s visit to Jakarta is part of his five-day official visit to South and Southeast Asian countries, where he has sought to strengthen economic and security ties.

“Together, there’s much more we can invest here from the US, especially in the digital, energy [and] infrastructure sectors. I’ll do my best to help deliver that.”

He added that the US government would promote the private sectors’ investment in Indonesia to support Jokowi’s plan to spend US$327 billion on more than 250 infrastructure projects.

The American Chamber of Commerce in Indonesia (AmCham Indonesia) has long urged the government to streamline bureaucracy and cut regulations that are slowing down investment.

It recommended regulatory reform that eliminates red tape and increases the number of skilled workers in Indonesia as an effort to lure more foreign investors, especially from US businesspeople who are interested in several sectors, including education, healthcare and oil and gas. Pompeo praises Indonesia’s reform effort to cut red tape (Tri Indah Oktavianti,  The Jakarta Post) 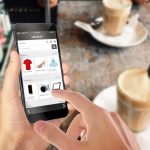 E-Commerce must do more to Protect Users Against Cybercrime: BPKN