“I expect that within two years from now PLN can convert its 2,000 MW power plants, especially plants that have low performance,” he said in a speech to commemorate the 73rd National Electricity Day in Tangerang, Banten.

Jonan said oil consumption currently stood at 1.3 million to 1.4 million barrels per day (bpd), which was projected to reach up to 2 million bpd by 2025, forcing the country to import large amounts of oil.

“Higher oil imports will affect the rupiah exchange rate. So PLN should immediately address the issue, in which it can collaborate with state-owned oil and gas holding company Pertamina to provide facilities to produce green diesel fuel,” he said.

The government introduced the mandatory use of 20 percent blended biodiesel ( B20 ) to reduce oil imports. The government aims to lower fossil fuel composition in the national energy mix to only 1 percent by 2025 from 6 percent currently. 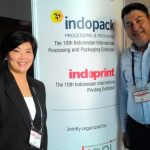