PLN, Pertamina to spend $3.6 billion on geothermal projects. State-owned electricity company PLN and energy company Pertamina are slated to respectively invest US$1 billion and $2.68 billion in developing geothermal power plants around the country over the next few years.

Going forward, a PLN GG director told reporters in Jakarta on Aug 14 that the company aimed to add 675 MW of geothermal capacity by 2023 – in line with PLN’s nine-year electricity procurement plan – while a PGE director said his company planned to increase capacity by 495 MW by 2026.

“PLN, as a single buyer, also contributes to upstream and downstream efficiencies in exploiting geothermal energy. Pertamina, through Pertamina Geothermal Energy, has over 40 years of experience in geothermal energy,” she said in a short message to The Jakarta Post.

The director of PLN GG, Yudistian Yunis, said the company would team up with five undisclosed private companies for the development of eight geothermal working areas in six provinces, which are slated for commercial operation by 2023 at the earliest.

“We hope that within one or two years, we will know the geothermal potential of each area, then we will adjust to how big we can develop the area relative to the region’s electricity needs,” he said.

Meanwhile, PGE president director Ali Mundakir said the funds would be invested to almost double the company’s geothermal capacity from 617 MW this year to 1,112 MW by 2026.

PGE would achieve its target by developing new power plants and increasing existing power plants’ electricity production by between 5 MW and 20 MW each, he said.

The company currently operates five geothermal plants in West Java, North Sulawesi and Lampung provinces, most of which are jointly operated with PLN, according to ministry records.

Ali said PGE was set to commercially operate a 2 x 55 MW geothermal power plant in South Sumatra by 2020 followed by another 55 MW power plant in Bengkulu by 2021.

The company is also finalizing plans with PLN and the Aceh provincial administration to install a power plant of between 55MW and 110 MW capacity in the province’s Seulawah region but have not yet fixed a date for commercial operation, he said.

“Going forward, we prefer to directly sell electricity. It’s more integrated. We will have access to the whole value chain.” he added, referring to the fact that PGE only sold steam in some of its working areas.

However, Indonesian Geothermal Association (API) chairman Prijandaru Effendi and the ministry’s renewable energy director general Sutijastoto both said their organizations were skeptical Indonesia could meet the government target of producing 7,200 MW of geothermal energy by 2025.

“We should still push as much as possible to catch that target. What will be the results? We’ll see in 2025,” said Prijandaru. PLN, Pertamina to spend $3.6 billion on geothermal projects (Norman Harsono, The Jakarta Post) 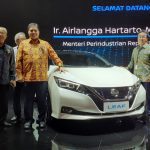