PHE has operated the Abar block since May 22, 2015, with a commitment to conduct a geological and geophysical study and an offshore 2D seismic survey, as well as drill one exploration well within the first three years of its operations there.

“At the end of the fourth quarter of 2017, PHE Abar had drilled the Karunia 1-X exploration well and successfully discovered gas reserves totaling 84 bscf in the sandstone reservoirs of the Cisubuh and Parigi formations, at a depth of 2,600 feet,” PHE Abar general manager Theodorus Duma said on Wednesday in a statement. Pertamina Discovers New Gas.

PHE says it has been able to reduce spending by 30 percent to drill the Karunia 1-X exploration well, compared to its original target stated in its Authorization for Expenditure approved by the Upstream Oil and Gas Regulatory Special Task Force. 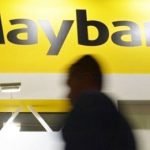