Transparency key to deliberations over omnibus bills. Labor groups, business players and experts may disagree on much over the government’s planned omnibus... Representatives from business groups, labor unions and economists at a forum on Thursday highlighted the need for the government to be transparent, inclusive and flexible when deliberating over the bills.

Timboel Siregar, the secretary-general of the Indonesian Workers Organization, called on his labor union colleagues, business players, the governments — all stakeholders in the omnibus bills on jobs creation and taxation — to be fair and provide constructive input, as opposed to strongly resisting them without clear information about the bills.

The government has planned the two omnibus bills on jobs creation and taxation to revise regulations deemed to hinder investment to stoke economic growth and create jobs in Southeast Asia’s largest economy.

However, it has not yet submitted the bills to the House of Representatives and will only circulate the drafts for public scrutiny afterwards. Still, general information has been leaked by ministers, creating strong opposition against the omnibus bill on job creation from labor groups and environmentalists for potentially harming labor rights and the environment.

Forty civil society organizations in a coalition called the Indonesian People’s Faction, including the Indonesian Workers Union Confederation, the National Welfare Movement, the State-Owned Enterprises Joint Labor Movement and the Labor with the People Movement, have been at the forefront of street demonstrations.

“This is only happening because there has been no clear communication from the government about the bill,” said Timboel, hoping that in the future the government would be more transparent and inclusive when deliberating over bills, having learned from past protests.

“[Deliberation] must be done openly and through a procedural process that involves the participation of civil people. The draft must also be based on strong academic research. Hopefully, the House of Representatives can provide high-quality discussion, give alternatives and solutions.”

Timboel said rather than showing resistance against the omnibus bill, workers should support reforms and use the opportunity for labor to offer constructive input that would be beneficial to all workers.

“Because sooner or later this bill will be passed, no matter what. The most important thing is that when this bill is passed, at least we should provide our input there,” he added.

The bill on job creation is seen as essential for the government in its efforts to attract foreign investment to help boost economic growth. If passed, the omnibus law would amend about 1,200 articles in more than 80 prevailing laws, including the Labor Law, which have been blamed for hampering investment in the country.

Indonesian Chamber and Commerce deputy chairman of labor and industrial affairs Anton J. Supit said the omnibus bill might be Indonesia’s last chance to enhance its business competitiveness if it does not want to be left behind by other countries.

“We should remember that [the omnibus bill] was made for the sake of new investors not the existing ones because for new investors, Indonesia is no longer competitive today. That’s why they tend to choose Vietnam and Malaysia. But hopefully this omnibus bill will be attractive,” said Anton.

Doddy Ariefianto, an economist and lecturer at Binus University, echoed Timboel’s desire for more transparent deliberations over the omnibus bills. He especially called for the government to provide grounds based on strong academic research for the bills.

“Hopefully, the House members can act as statesmen who represent all parts of society and will prioritize the people’s interests, not only side with one party, neither with business interests, nor government interests, nor any other interests but Indonesia’s,” Doddy said.

If not handled with care, the omnibus bills would only create loud noise, protests and resistance without looking into the intentions and key points of the legislation, he added. Transparency key to deliberations over omnibus bills (Riza Roidila Mufti, The Jakarta Post) Booming Indonesian Business 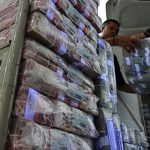