Nickel, of which Indonesia is the world’s largest producer, is a key material in making lithium batteries for electric vehicles (EV). Therefore, Indonesia has the necessary resource to attract foreign investment in the EV industry, said Hendra Lie, an automotive expert from consulting firm PricewaterhouseCoopers (PwC) Indonesia.

“As a main player in the EV industry, Tesla has an interest in getting a sustainable access to the source of main raw materials for producing EV batteries,” Hendra told The Jakarta Post in a written statement on Monday.

Meanwhile, the recently passed Jobs Creation Law might also help attract foreign investment to the EV industry as it is expected to improve the country’s ease of doing business, he added.

The jobs law, which revised more than 79 laws and eliminated thousands of regulations, is aimed at improving the country’s investment climate by cutting red tape.

The Office of the Coordinating Maritime Affairs and Investment Minister revealed in a statement that President Joko “Jokowi” Widodo had spoken to Tesla chief executive officer (CEO) Elon Musk over the phone on Friday regarding the opportunity for the electric car manufacturer to invest in Indonesia.

Coordinating Maritime Affairs and Investment Minister Luhut Binsar Pandjaitan was said to be part of the call as well.

The statement, published on Saturday, also claimed that Musk planned to send a Tesla team to Indonesia in January 2021 to follow up on the cooperation plan.

“The final decision will certainly hinge on the result of the talks between the government and Tesla,” Hendra said.

Indonesia is setting its sights on becoming a major player in electric-powered transport. Under Jokowi’s administration, the local automotive industry is expected to begin domestic EV production by 2021 or 2022 and export 200,000 EVs by 2025.

The government has also expressed its commitment to utilizing the country’s vast nickel reserves and developing the country’s downstream industry by converting more of the metal into EV batteries.

It has placed an export ban on nickel ore in January, a move that is meant to prompt miners to develop smelters and produce higher-value products.

State-owned mining holding company MIND ID, oil and gas giant Pertamina and electricity company PLN have been tasked with establishing a holding company that will develop an end-to-end supply chain for EV batteries.

However, Sebelas Maret State University (UNS) School of Engineering professor Muhammad Nizam said on Aug. 21 that while Indonesia had an abundance of nickel, the industry required a huge amount of investment to start producing EV batteries.

“The million-dollar question is, who would put their money in that sector?” he said during a streamed webinar held by the National Research and Innovation Agency (BRIN) at the time.

Indonesia’s nickel reserves were also forecast to last for only another 26 years at last year’s production rate, according to the 2020 United States (US) Geological Survey.

Meanwhile, the wide gap between the average prices of electric cars and the purchasing power of average consumers is also a challenge for Indonesia’s plan to develop its EV industry, according to Kukuh Kumara, secretary-general of the Association of Indonesian Automotive Manufacturers (Gaikindo).

Kukuh said the average price of electric cars exceeded RP500 million (US$35,442.90), while the average Indonesian consumers’ purchasing power was below RP250 million.

“These are the challenges. The [technology] is still being developed so as to make the price [of EVs] more affordable,” Kukuh told the Post in a phone interview on Monday. Nickel reserves, Job Creation Law may help Indonesia attract Tesla: Expert (Dzulfiqar Fathur Rahman,  The Jakarta Post) 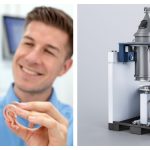