Indonesia, world’s biggest downloader of VPNs. Indonesian netizens have recently broken another record by making Indonesia the country with the most virtual... Indonesia, world’s biggest downloader of VPNs. Indonesian netizens have recently broken another record by making Indonesia the country with the most virtual private network (VPN) downloads over the last 12 months, as the 2019 Global Mobile VPN Report reveals.

Compared with the 2018 report, there was 54 percent growth in the number of downloads worldwide in a year, according to a statement received by The Jakarta Post.

Despite the significant use of VPNs in China, the country was excluded from the report, following its official ban on VPN applications and Google Play.

Globally, out of over 404 million installations, 84.3 percent of all mobile VPN downloads in the past 12 months were of free apps.

Indonesia also had the most downloads of free VPN applications with 72.6 million, exceeding 95 percent of the total number of downloads in the country.

The use of VPNs in Indonesia rocketed by 126 percent in May, as escalating protests over the presidential election were met with access restrictions to social media and messaging apps by the government.

Internet shutdowns have not only occurred in Indonesia. The report highlighted how political and social unrest within the past 12 months had spiked the number of VPN downloads in Asia Pacific to 188 million, double last year’s total.

“It’s clear that internet users around the world are taking actions into their own hands to claw back internet freedoms that are being continually eroded by vested interests,” said Simon Migliano, author of the report and head of research at Top10VPN.com.

“Mobile VPN apps are fast becoming part of the mainstream and no longer the preserve of the most tech-savvy. As 2019 draws to a close, VPN apps are now an essential anticensorship and privacy tool for every mobile user, wherever they are in the world,” Migliano added.

With the rise of VPN apps, especially free ones, Migliano suggested users do their research before trusting service providers with their sensitive internet traffic.

According to the report, the most popular VPN providers in the world during the period were Turbo VPN with 51.3 million downloads, followed by Hotspot Shield (42.8 million) and Betternet (29.9 million). Indonesia, world’s biggest downloader of VPNs (vel/kes, The Jakarta Post) 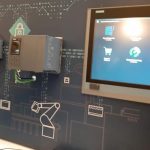