Indonesia to ratify ASEAN act to liberalize banking. The government and the House of Representatives have agreed to swiftly ratify a protocol... Indonesia to ratify ASEAN act to liberalize banking. The government and the House of Representatives have agreed to swiftly ratify a protocol to implement the Sixth Package of Commitments on Financial Services under the ASEAN Framework Agreement on Services (AFAS).

By ratifying the protocol, Indonesia will commit to liberalizing its banking market by allowing banks from other ASEAN countries to open branches.

On Mar 20, 2015, then-finance minister Bambang Brodjonegoro signed a commitment to ratify the, protocol along with the finance ministers of other ASEAN countries.Indonesia to ratify ASEAN act.

“House Commission XI [for financial affairs] has agreed [to deliberate] the AFAS act in a working committee on Wednesday,” Commission XI chairman Melchias Marcus Mekeng said during the meeting at the House in Jakarta on Tuesday.

Finance Minister Sri Mulyani Indrawati said Indonesia was the only of 10 ASEAN countries that had yet to ratify the protocol, while the government was encouraging big Indonesian banks to expand to other ASEAN countries. Indonesia to ratify ASEAN act.

In Dec 2014, ASEAN central banks agreed to implement the Qualified ASEAN Banks (QAB) system under the ASEAN Banking Integration Framework (ABIF). QAB have to meet certain requirements on capital and corporate governance and obtain a recommendation from the authorities of their respective countries.

Under the AFAS, QAB institutions will be allowed to operate in other ASEAN countries and receive equal treatment with domestic banks.

“Currently, two QAB from Malaysia (CIMB Niaga and Maybank) are operating in Indonesia. We will allow a third QAB after three Indonesian banks are allowed to open full branches there,” Sri Mulyani said. Indonesia to ratify ASEAN act(bbn,  Anton Hermansyah, The Jakarta Post) 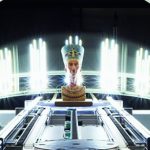