Indonesia leads Asia-Pacific in AI implementation, study shows. A recent study shows that Indonesia ranks first in the Asia-Pacific region in implementing artificial intelligence (AI), with 65 percent of respondents saying that they had either implemented AI in their business or were expanding or upgrading their AI capacity.

The study, conducted by Forrester Consulting on behalf technology company Appier, aims to shed light on trends in AI adoption across the Asia-Pacific.

“Artificial intelligence is the key to digital business; it has the potential to transform everything from business operations to customer experience,” stated the study summary, a copy of which was made available to The Jakarta Post.

The study also found that 53 percent of those surveyed reported that their biggest challenge in adopting AI technologies was gathering and integrating big data, indicating that enterprises were still struggling to cope with the growing volume of business data. Indonesia leads Asia-Pacific in AI implementation, study shows  (bbn, The Jakarta Post) 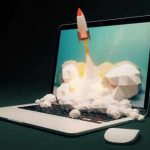