ADB pledges to funds for Indonesia, pushes for green recovery. The Asian Development Bank (ADB) has pledged to double loan commitments to one of... ADB pledges to funds for Indonesia, pushes for green recovery. The Asian Development Bank (ADB) has pledged to double loan commitments to one of its biggest client countries this year to facilitate Indonesia’s economic recovery.

“But now, with COVID-19, we are stepping up in our support and will more than double it this year,” he said during a webinar held by state-owned geothermal energy company PT Geo Dipa Energi and infrastructure financing guarantee agency PT Penjaminan Infrastruktur Indonesia (PII) .

However, Wicklein also called on the government to invest in renewable energy as part of Indonesia’s economic recovery plans. ADB is particularly supportive of geothermal power, which the lender considers ideal to spur even growth across the archipelago.

“Geothermal will not only help build back greener but it also comes with a very high job multiplier compared to conventional sources of energy,” said Wicklein.

ADB adds to a list of organizations, including the Paris-based International Energy Agency (IEA) and Jakarta-based Institute for Essential Services Reform (IESR), that have explicitly called for the Indonesian government to invest in a green economic recovery.Indonesia, which holds the world’s largest known geothermal reserves, only harnessed 8.9 percent of its total 23.9 gigawatts of geothermal potential last year, according to official data.  ADB pledges to double funds for Indonesia, pushes for green recovery (Norman Harsono, The Jakarta Post) 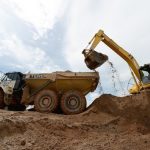 Indonesian Tin Production to See 11 Percent Decline in 2020 Due to Low Demand: ITA