Targeting the country’s middle-upper class hobbyist and outdoor lovers, the 430-gram quadcopter drone is equipped with a 4K camera and pilot assistance systems.

The Mavic Air is the second product DJI introduced to the Indonesian market through its local distributor PT Erajaya Swasembada, after launching the DJI Spark in June last year.

“With DJI products, customers can experience first-hand how drones can be used in accordance with their needs,” Erajaya CEO Hasan Aula told reporters during the product’s launch event in Jakarta.

The Combo Mavic Air Fly More is also available for Rp 16 million, for which buyers will also get additional batteries, a power bank battery and a charging station.

Hasan said the distributor was optimistic over the new drone’s sale prospects, but declined to reveal its sales target for 2018. 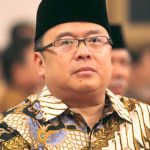