Banks Lay off Employees Due to Automation, Digitalization

Banks lay off employees due to automation, digitalization. Many state-owned and private lenders have slashed their workforce and halted the expansion of... Banks lay off employees due to automation, digitalization. Many state-owned and private lenders have slashed their workforce and halted the expansion of branch offices as they embark on a digital transformation.

To catch up with advancements in technology, the lenders are also recruiting employees that are able to perform digital roles.

Many affected staff have been reassigned to other positions, with BNI optimizing the role of existing employees by retraining them to perform higher value-added tasks. For example, bank tellers have been trained to become sales personnel, she said.

“The number of employees that BNI plans to redeploy to other positions gradually reached 60 percent of the bank’s total workforce,” she said, adding that the employees to be redeployed would be those whose current work involved repetitive and menial tasks, which could be replaced by technology.

Other state-owned banks such as Bank Rakyat Indonesia (BRI), Bank Mandiri and Bank Tabungan Negara (BTN) have added to their workforce, but they acknowledged that the shift to a digital strategy had pushed them to look for employees who could perform digital or advisory roles.

“BTN has recruited quite a large number of employees, totaling 1,400 in 2018. This was done to fill the gap in some job positions because BTN did not conduct recruitment from 1997 to 2008,” said Mahelan Prabantarikso, BTN director for strategy, compliance and risk.

“In the future, BTN will focus on finding new employees who can perform digital roles,” he added.

Banks in Indonesia have continued to invest heavily in expanding their digital technology in order to better serve customers.

Private lender OCBC NISP admitted that the shift in its bank strategy to digitalization had caused a reduction in the number of its employees.

“Indeed, in recent years, the number of employees in our company has plunged as a result of the boost in digitalization and office closures,” Parwati Surjaudaja, OCBC president director, said.

OCBC NISP cut down the number of employees to 6,075 in 2018 from 6,477 in 2017 and 6,796 in 2016. The cutback on employees, she said, also affected those who conducted administrative tasks, as they had been replaced with employees who could conduct more complex jobs.

“This year, we plan to close nine offices, after we cut about 30 offices last year. The locations will be in Greater Jakarta, Bandung and outside Java,” she said.

Indonesia’s largest private bank Bank Central Asia (BCA) said it would not add as many bank branches as in the past few years.

“We plan to open new outlets, but not many. We’ll open 20 at most, and on a smaller scale,” said Jahja Setiaatmadja, BCA president director.

Bank DBS Indonesia, said it would concentrate on training its employees with digital skills, in line with the bank’s focus on expanding its full-fledged digital banking services. 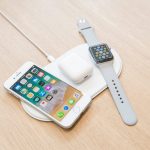