A trial auction for imported refined sugar (GKR) held since September has successfully lowered the commodity’s selling price, the Trade Ministry has claimed.

Imported refined sugar is largely used by food and beverage (F&B) companies and producers of pharmaceuticals and medicine, among others.

As of Monday, the price of imported refined sugar stood at Rp8,911 (66.7 US Cents) per kilogram, lower than the average price of Rp9,525 per kg in September.

Bachrul Chairi, head of the Trade Ministry’s Futures Exchange Supervisory Board (Bappebti), said the drop was the result of bidding among big and small buyers at a level playing field, as well as an increase in sugar purchases and number of auction participants.

“The increase in transaction volume and frequency caused the decline in GKR price; it benefits the users,” he said on Tuesday.

The ministry has planned to change the country’s trading system for imported refined sugar from the direct business-to-business (B2B) method to an auction. However, the move has raised objections among businesses that depend on industrial-use sugar.

The auction was initially scheduled for July 2017, but was postponed several times due to rising complaints from the industry. No new date has been.

While businesspeople are concerned the auction will increase sugar prices, the ministry hopes it could help monitor GKR distribution and avoid sugar leakage to the household market.

Some 1,784 businesses, more than 78 percent of which are micro, small and medium enterprises (MSMEs), have joined the trial auction. (bbn, Stefani Ribka, The Jakarta Post) 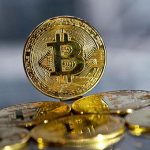