Doubts linger over 5G rollout in Malaysia.  Questions are being raised on whether a government-led, single-entity rollout of the 5G network will... Doubts linger over 5G rollout in Malaysia.  Questions are being raised on whether a government-led, single-entity rollout of the 5G network will put the private telecommunications companies at a disadvantage.

While the market is awaiting further details on how the recently announced government-owned special purpose vehicle (SPV) would deploy 5G, there are two sets of thoughts on the matter.

On one hand, with the government being the sole owner of the 5G spectrum and infrastructure, telcos would not be burdened by the heavy upfront capital expenditure as compared to the 5G infrastructure being deployed individually.

Unlike Malaysia, many countries have adopted the auction approach, which enables the government to allot 5G airwaves to the highest bidders. However, competitive auctions will lead to higher initial costs for telcos and cause cash-flow pressure.

Malaysia’s SPV model could avert such issues and at the same time, create a level-playing field. On the flip side, there are concerns that Malaysia’s approach would affect telcos’ margins in the longer run due to extra costs.

Earlier this week, Fitch Solutions warned that the SPV model would likely be costlier to implement as it would be centrally-coordinated.

“Elevated costs associated with a single-entity rollout would likely be passed on to operators in the form of higher wholesale costs, and in turn, operators would find it difficult to extract higher margins from selling these services to their customers,” it says.

“Lower profits would also mean less funds for operators to invest into service development, weakening the ability of the operators to differentiate themselves from their rivals.

”Fitch Solutions points out further that value-added services will be key for operators to grow their 5G influence and provide more value to their customers beyond just faster speeds.

Echoing a similar view, UOB Kay Hian Malaysia Research says telcos will need to focus on quality of service and products, considering there is no spectrum ownership by them.

It adds that Maxis Bhd and Celcom, which is wholly-owned by Axiata Group Bhd, may potentially stand to lose their network superiority as the 5G network becomes a “shared commodity’’ under the SPV model.

“Both telcos may have to look to innovate bundled products and engage actively with their customers to provide a good customer experience,” it says.

However, the research house notes that given the reduced upfront capex burden for telcos under the SPV model, it paves the way for “sustainable dividend yield for the likes of Digi.com Bhd”.

Amid the concerns on the SPV approach to roll out 5G, TA Securities Research analyst Wilson Loo believes the single-entity model is “ideal” for the telecommunications sector.

He says telcos will also be able to keep focused on efforts to meet the fixed and 4G mobile connectivity targets under the national digital infrastructure plan.

“Telcos will avoid the heavy capex burden and cash-flow pressure involved in the 5G rollout if deployed individually [investments in 5G network are estimated to cost 25 percent to 75 percent more than that for 4G] while consumers will benefit from access to 5G services at competitive tariffs,” says Loo.

TA Securities Research has an “overweight” view on the telecommunications sector, with a “buy” call on Axiata, Maxis and Digi.

Maybank IB Research analyst Tan Chi Wei says that by absolving telcos from the 5G-related capex via the SPV model, this would alleviate near-term pressure on returns.

In addition, as the 5G deployment would likely boost demand for fiber, fixed-line players such as Telekom Malaysia Bhd and TIME Dotcom Bhd would benefit from the development.

Nevertheless, the biggest risk for the 5G deployment would be on the ability of the SPV to execute as promised, according to Tan.

“The SPV’s source of funds is presently unclear, with the regulator ruling out the use of USP funds, new taxes, and direct injection from government coffers. In our view, fund raising through the capital market would require the SPV to be profit-oriented [which could lead to elevated access fees], which goes against the data inclusion and nation-building objectives behind this deployment model,” says Tan.

“The regulator noted that further details would be revealed in due course.”

The government has said that the SPV, which will be wholly owned by the Finance Ministry, would be given the 700MHz, 3,500MHz and 28GHz spectrum to own, implement and manage the 5G infrastructure nationwide for 10 years.

Operating via a wholesale model, telcos would be allowed to access the network, with rates and terms being regulated.

In total, 15 billion Malaysian ringgit (US$3.7 billion) would be invested over 10 years, with capex being front-loaded.

5G services are targeted to be available selectively beginning end-2021. With the 5G spectrum being a shared commodity, it seems likely that competition will intensify in the telecommunications industry.

While consumers would benefit from the competition in the form of attractively-priced 5G services, telcos’ margins may be affected. Doubts linger over 5G rollout in Malaysia (Ganeshwaran Kana, Asia News Network) 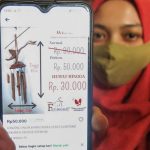